Home / Blog / Immigrants To Have A Bond Hearing Within…

Immigrants To Have A Bond Hearing Within Six Months Of Detention 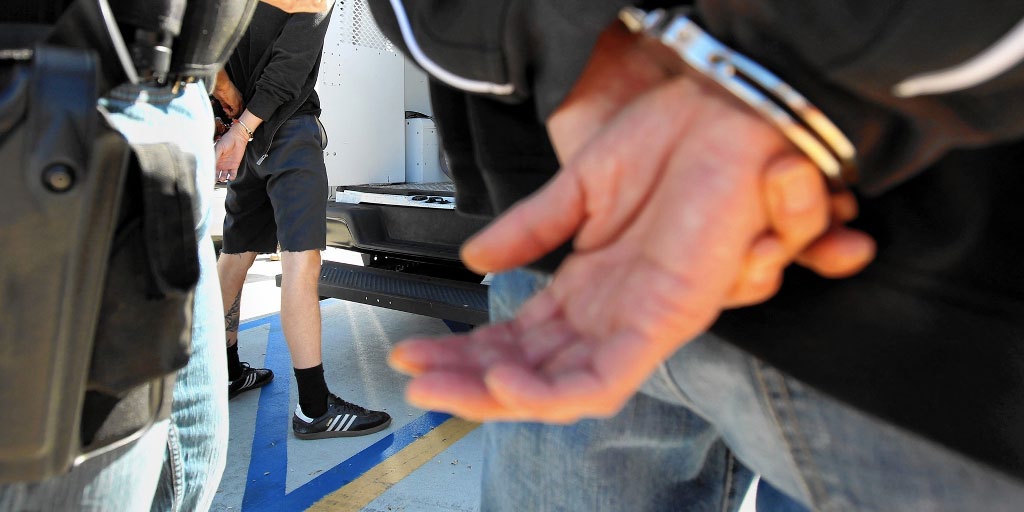 In the recent case of Lora v. Shanahan, the Court of Appeals (Second Circuit) conceded to the Board of Immigration Authority’s (“BIA’s”) interpretation “detention need not be immediate in order to be mandatory”. They also held “reading section 1226(c) to permit indefinite detention raises significant constitutional concerns, and to avoid them, we construe the statute to contain an implicit temporal limitation on the length of time a detainee can be held before being afforded an opportunity to seek bail”.

Under section 1226(c) of the revised INA, the DHS is required to detain aliens who have committed certain crimes “when [they are] released.” The section contains no explicit provision for bail. When the constitutionality of section 1226(c) was challenged in Demore v. Kim, 538 U.S. 510 (2003), statistics showed that removal proceedings were completed within forty‐seven days in eighty‐five percent of cases in which aliens were mandatorily detained. Id. at 529. Emphasizing the relative brevity of detention in most cases, the Court concluded that detention during removal proceedings was “constitutionally permissible.” Id. at 531. However, with the passage of time, the definition of criminal aliens expanded and required states to provide notice of aliens who violate state criminal laws. This combined with a simultaneous rise in immigration to the United States, has resulted in an enormous increase in the number of aliens taken into custody pending removal. Since then, the situation has considerably worsened. Presently, a non‐citizen detained under section 1226(c) who contests his or her removal regularly spends many months and sometimes years in detention due to the enormous backlog in immigration proceedings. Many of them are dangerous and have no community ties explaining why Congress wants to hold them in detention pending deportation. However, this group also includes non-citizens who, for a variety of individualized reasons, are not dangerous, have strong family and community ties, are not flight risks and may have meritorious defenses to deportation at such time as they are able to present them.

In the present case, Alexander Lora, is a LPR and citizen of the Dominican Republic, who was convicted of drug related offenses, sentenced to probation, and taken into custody by ICE agents pursuant to section 1226(c), over three years into his five‐year probation term. After four months in immigration custody, Lora petitioned for a writ of habeas corpus. He contended that he was eligible to apply for bail because the mandatory detention provision of section 1226(c) did not apply to him because he had not been taken into custody “when released” and that indefinite incarceration without an opportunity to apply for bail violated his right to due process. His petition was granted by the District Court (Peck, M.J.). This was followed by an appeal. The main issue being that whether the “when released” provision of section 1226(c) applies only if the government takes an alien into immigration custody immediately following his release from a custodial sentence or whether, as the government argues, an alien is subject to mandatory detention even if DHS does not detain him immediately upon release. The court herein agreed with the government and concluded that Lora was subject to mandatory detention under section 1226(c). However, the court agreed with Lora’s constitutional argument. The court citing the Supreme Court in Demore held “that the Government may constitutionally detain deportable aliens during the limited period necessary for their removal proceedings,” Demore, 538 U.S. at 526, it has made clear that the indefinite detention of a non‐citizen “raise[s] serious constitutional concerns” in that “[f]reedom from imprisonment—from government custody, detention, or other forms of physical restraint—lies at the heart of the liberty that [the Due Process] Clause protects,” Zadvydas v. Davis, 533 U.S. 678, 682, 690 (2001).

Following this guidance, the court held “In order to avoid significant constitutional concerns surrounding the application of section 1226(c), it must be read to contain an implicit temporal limitation.” The court therefore joined the Ninth Circuit in holding that mandatory detention for longer than six months without a bond hearing affronts due process. See Rodriguez v. Robbins, 715 F.3d 1127 (9th Cir. 2013).

By immigrationlaw | Published November 12, 2015 | Posted in US Law | Leave a comment